The Danish software company, Systematic, was invited to exhibit at the world’s largest fully integrated defence and security exhibition, Defence Systems & Equipment International 2009 (DSEi), which took place in September 2009 in London. Systematic wanted to create unique settings for the exhibition of their products, which would reflect their own innovative profile, strengthen their communication and attract the attention of the visitors.

SystematicContent From idea …
Based on Systematic’s wishes, we brainstormed. Besides from Systematic’s wishes, we put a lot of emphasis on making the technical and creative elements on the stand come together. Our idea was to create a stand, which in itself communicates with its surroundings. The idea turned into a concept, which had never been seen before – a stand where all walls were made of LED screens.

… to reality
The screens were used for showing videos and for communicating just-in-time messages. We had specially developed software for Systematic, which enabled them to write short messages and upload pictures for the screens. Among other things Systematic used this feature to welcome special guests to the stand. On the stand we had build a three-legged interactive information pylon with three built-in 103″ screens. Next to each 103″ screen there was a small touch screen, which the visitors used for choosing the content they wanted to see on the 103″ screen.

Extraordinary and effective
The concept we developed for Systematic fulfilled their wish for an innovative, communicating and attention creating stand. The extraordinary stand attracted great attention from the fair’s visitors. According to Systematic, their participation was an immense success, which they are sure they will feel the effect of for a long time. 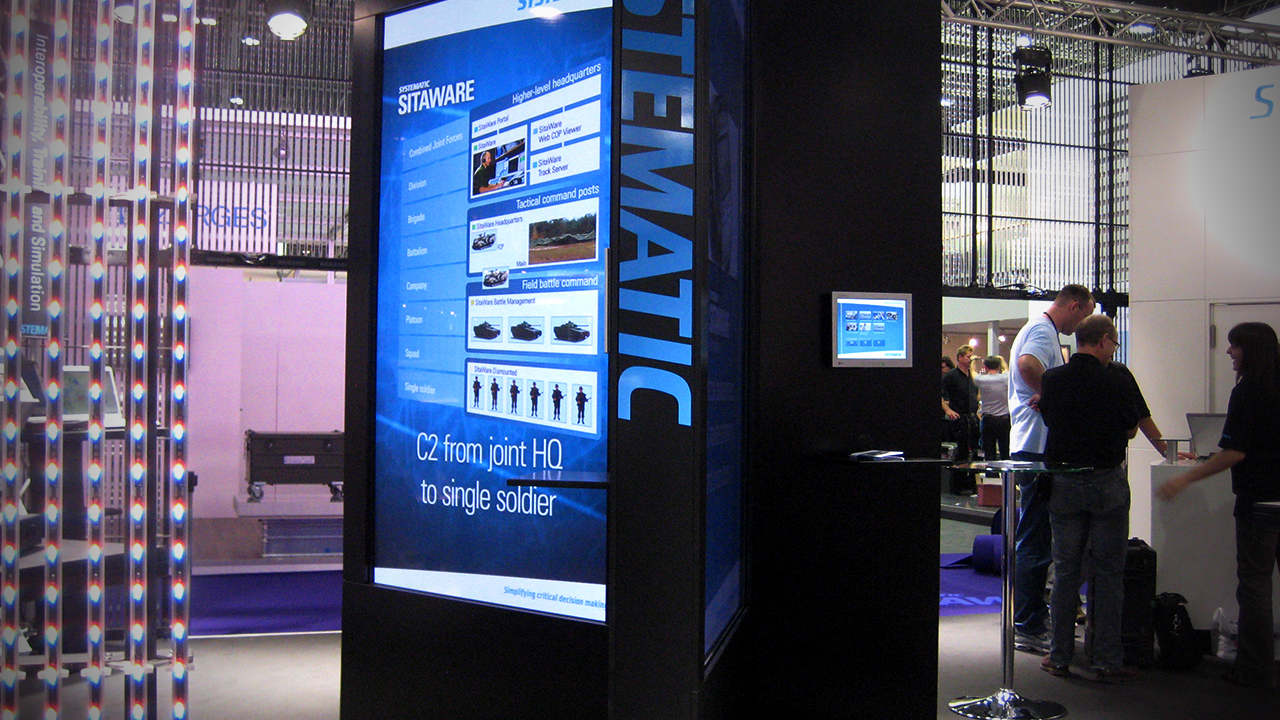 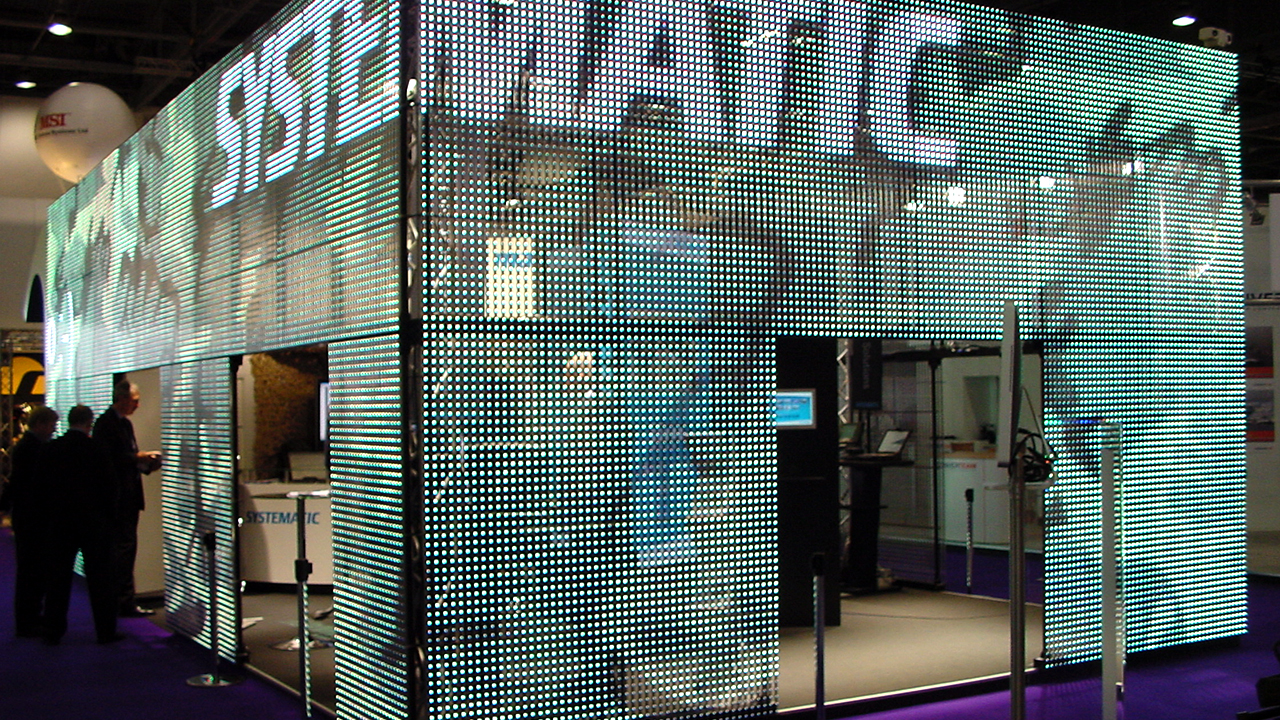 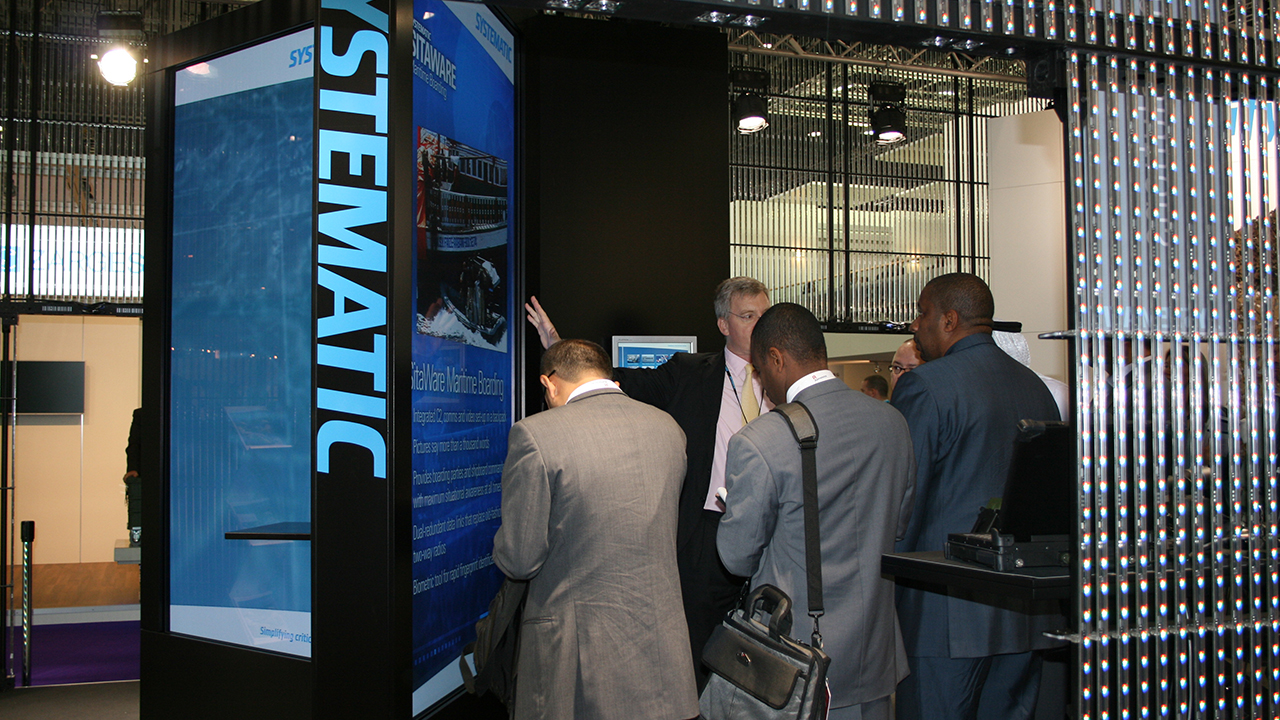