Denmark's biggest outdoor screen
In the early summer of 2010 ProShop Europe mounted Denmark’s largest outdoor screen on the front wall of Music Theatre Holstebro, a well-reputed Danish music theater. With its impressive total size of 141 m² and an active screen area of 86 m² the screen naturally attracts the attention of passers-by.

Events bring new life to city centre
Musikteatret has already hosted several events where the giant screen has been the centre of attention; e.g. the screen was initiated with public showings of the Danish World Cup matches. Since the initiation the screen has been used for a gaming event, where children were invited to play Playstation on the giant screen, for showing movies, digital art and sporting events. 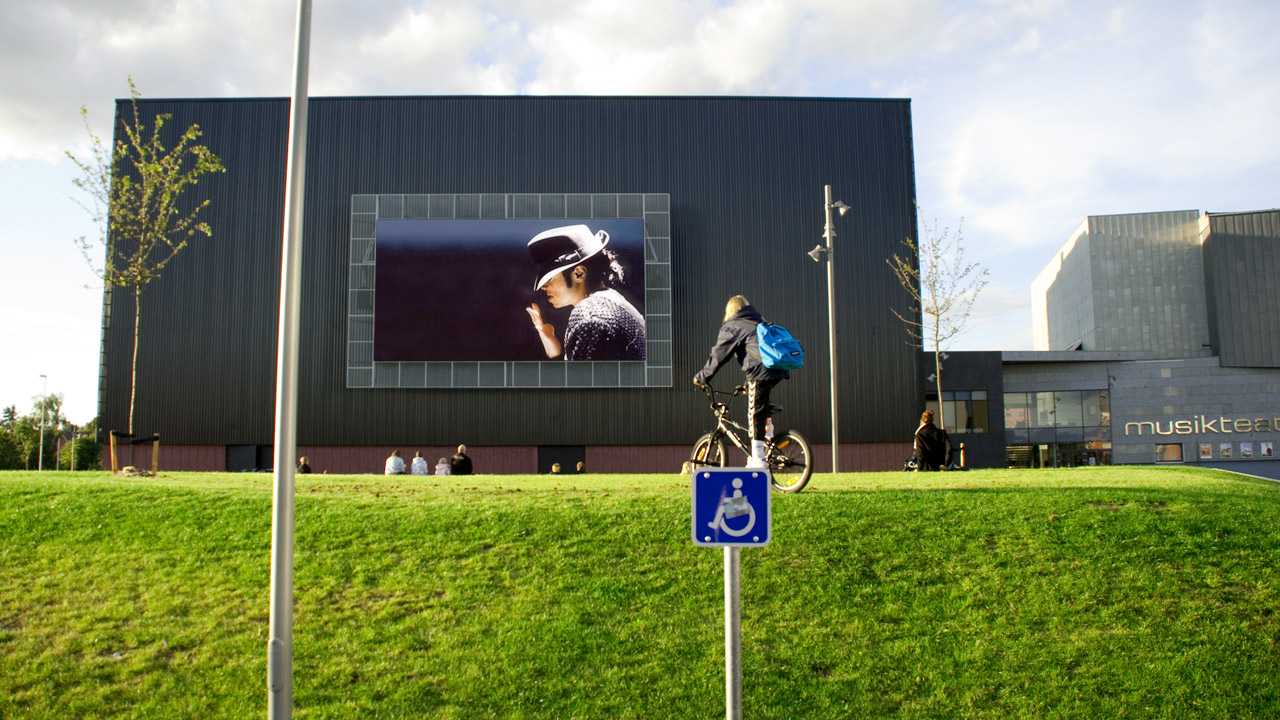 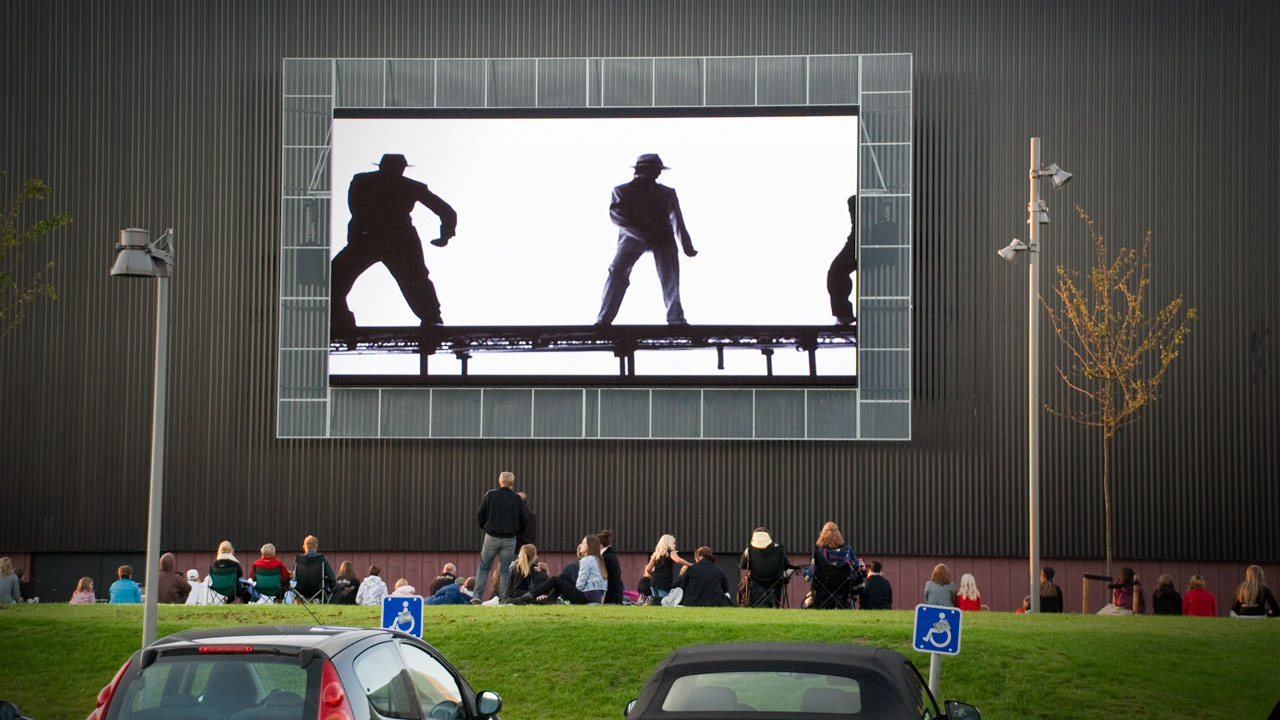 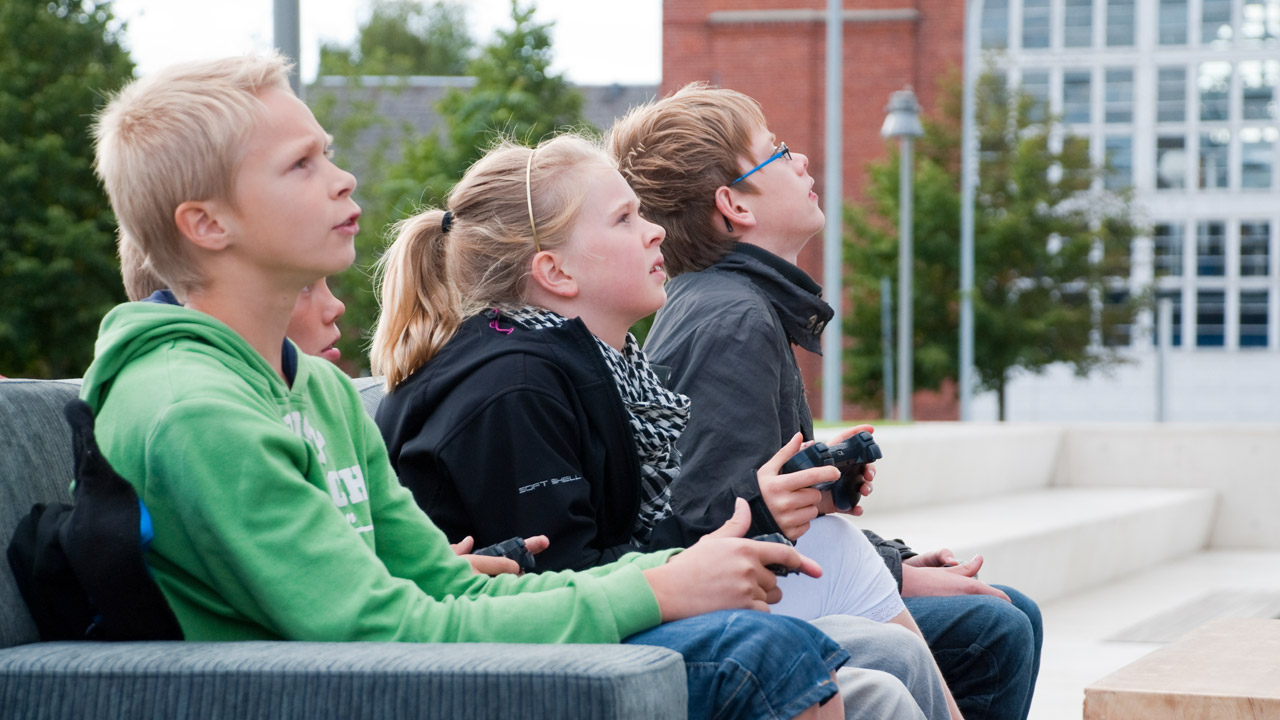 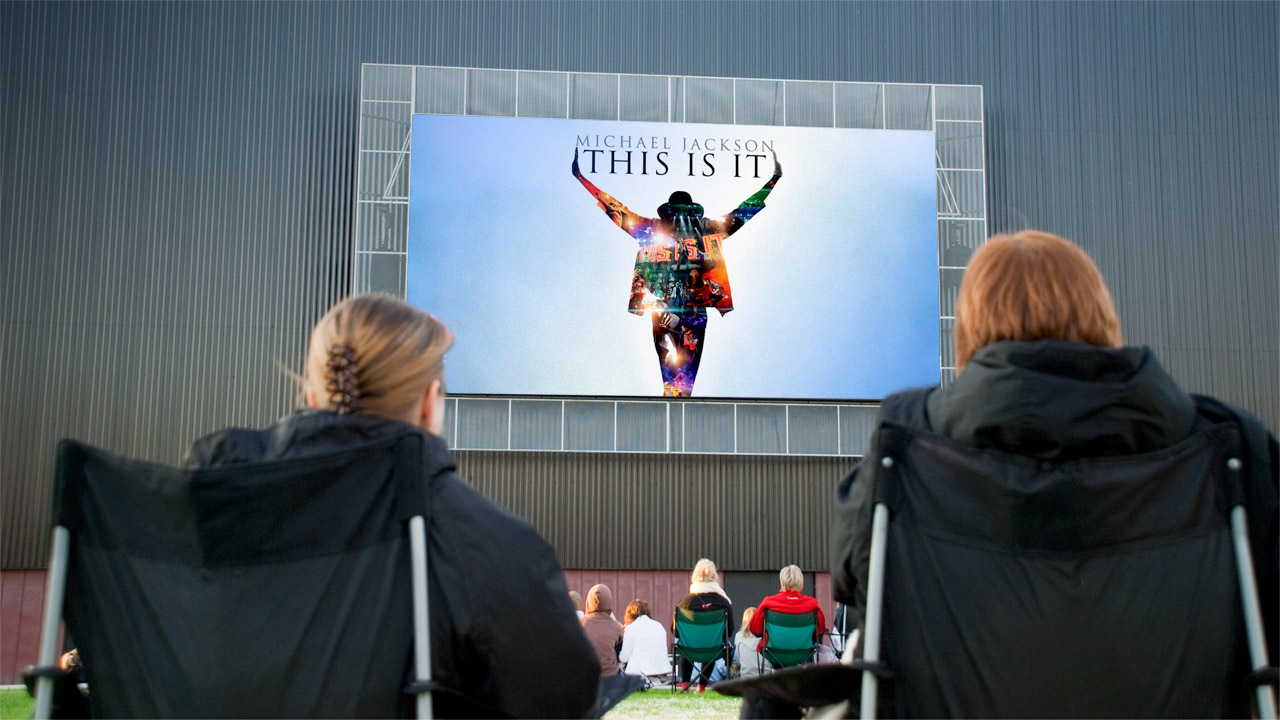 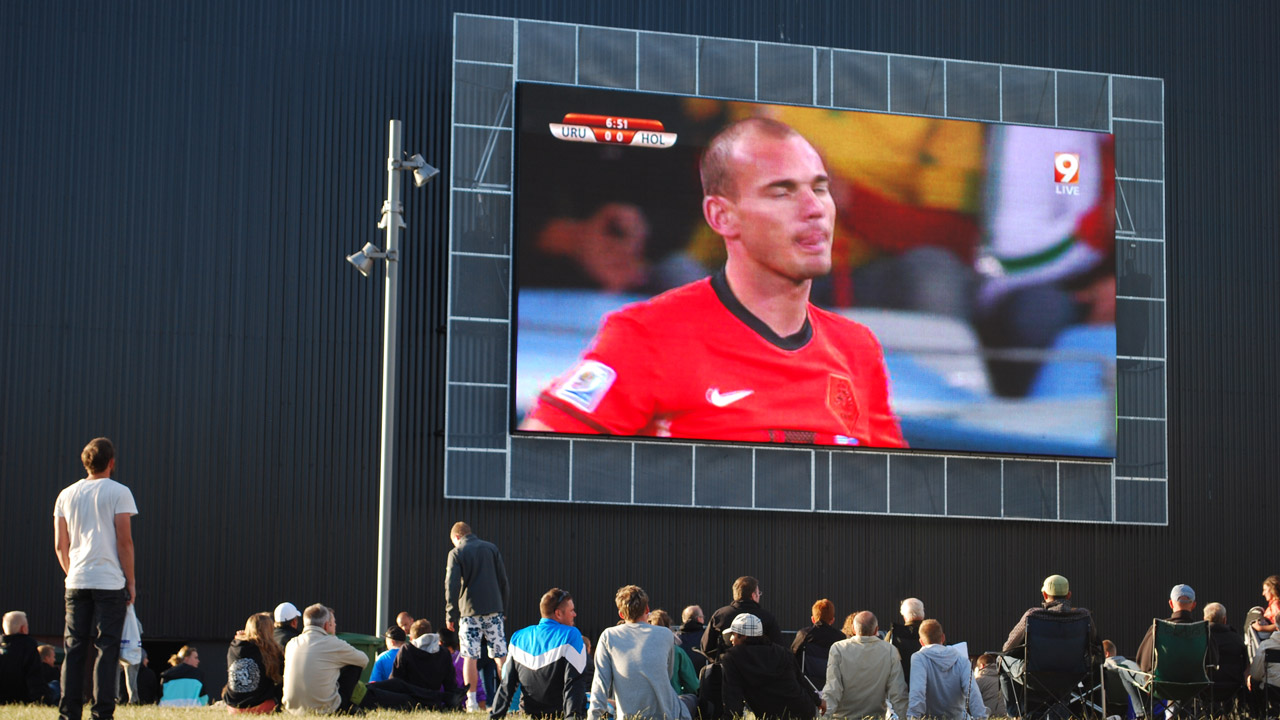 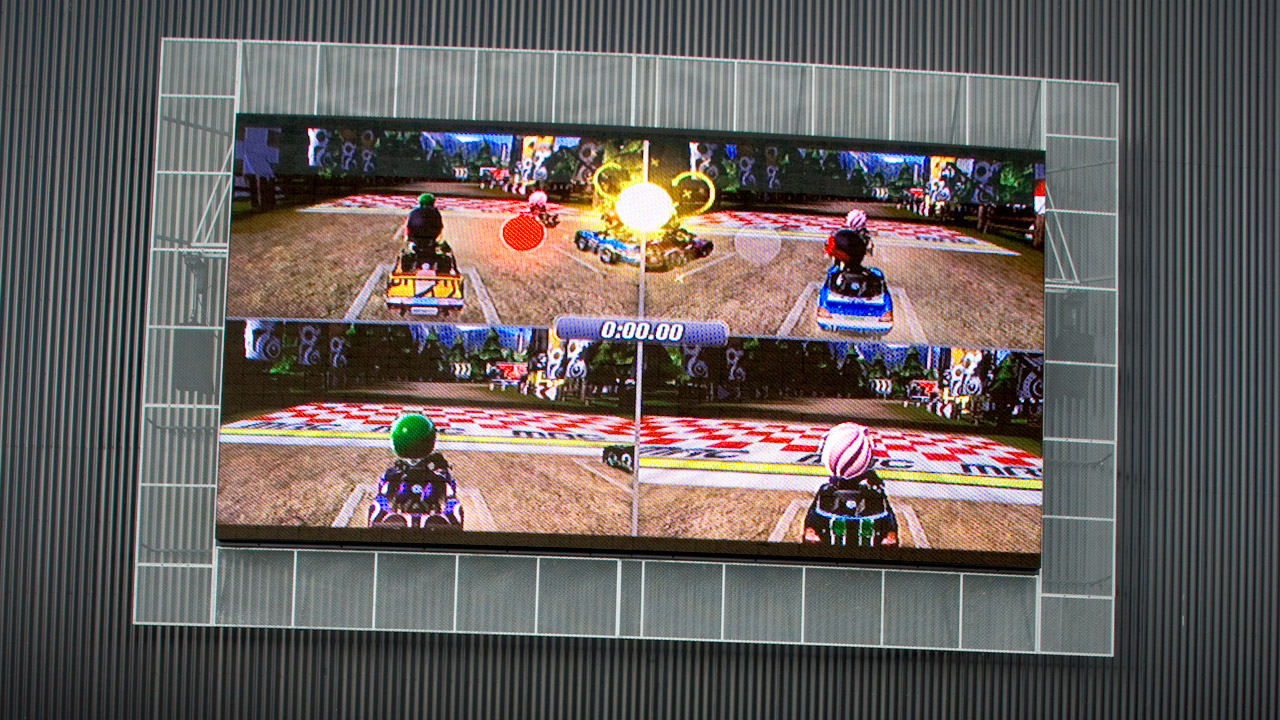 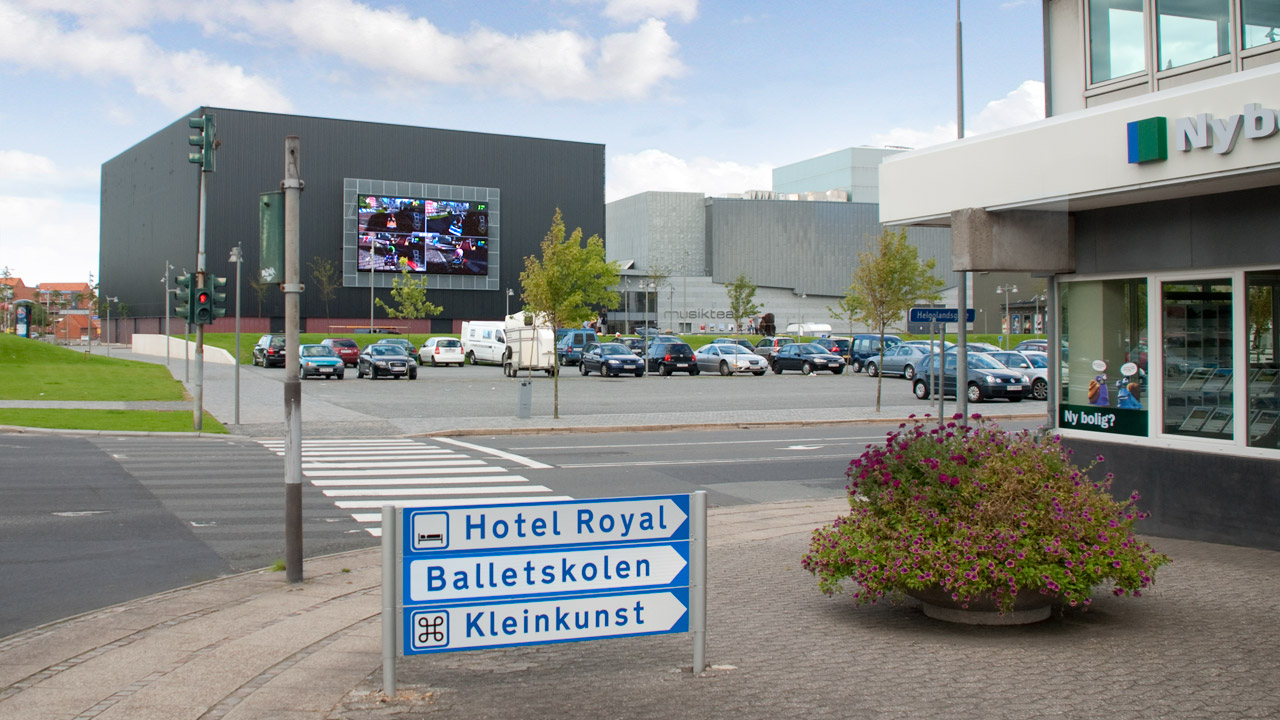 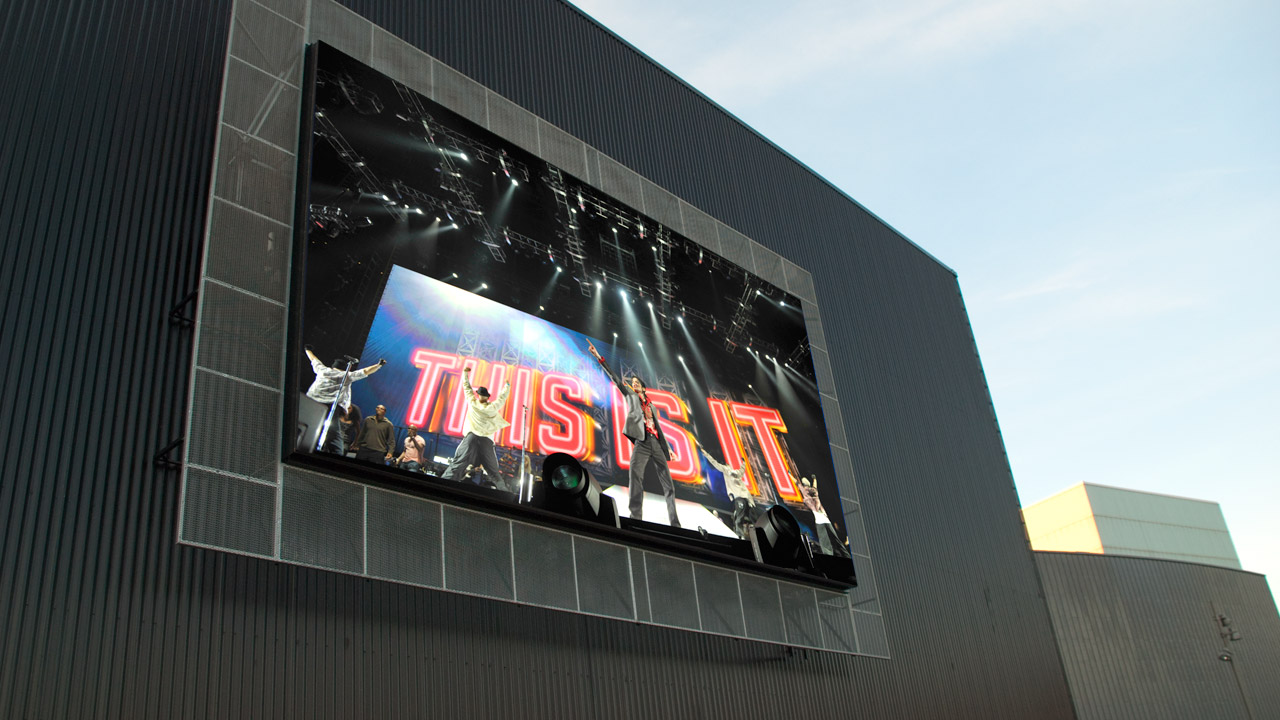 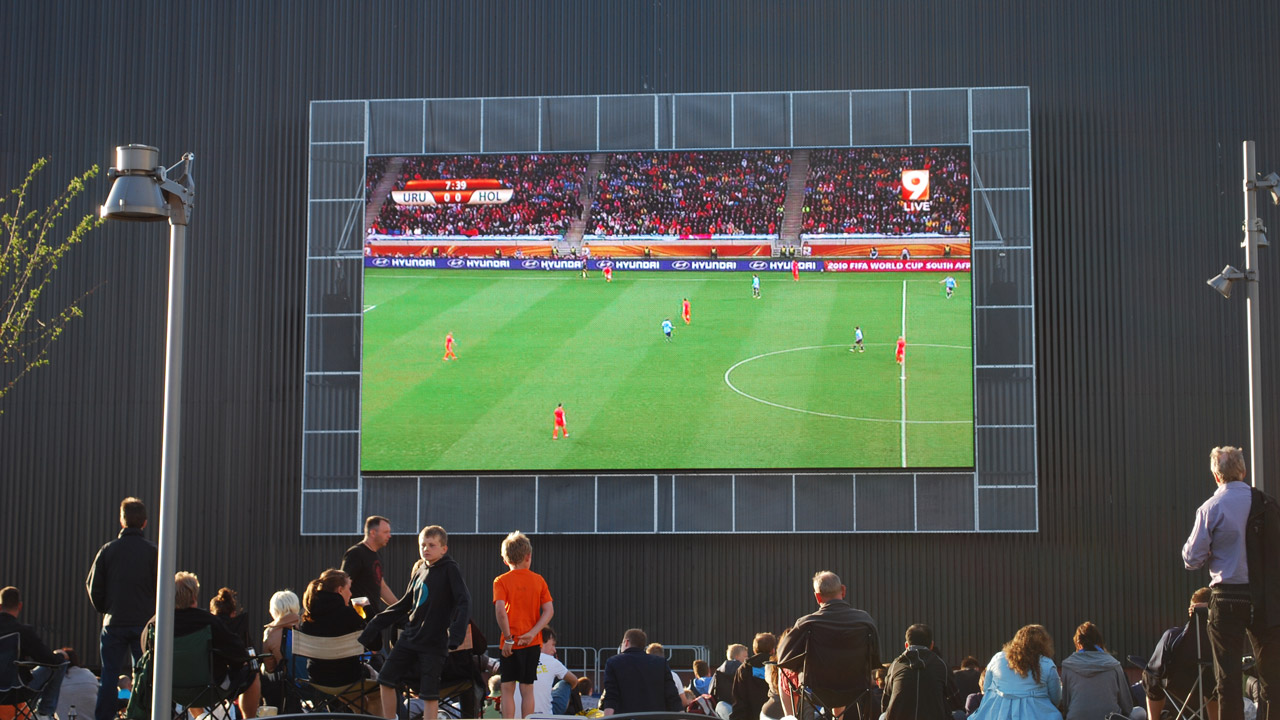