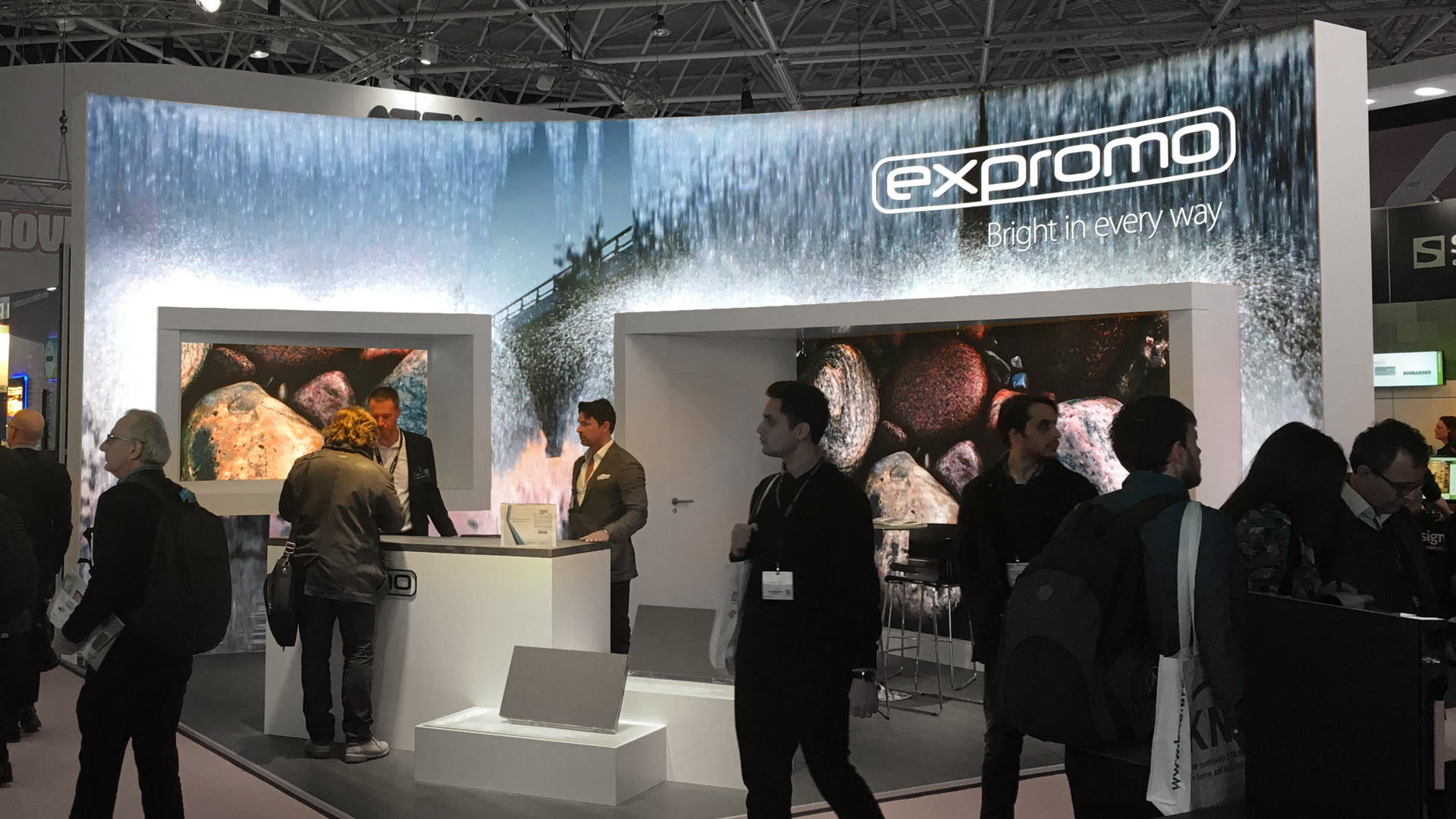 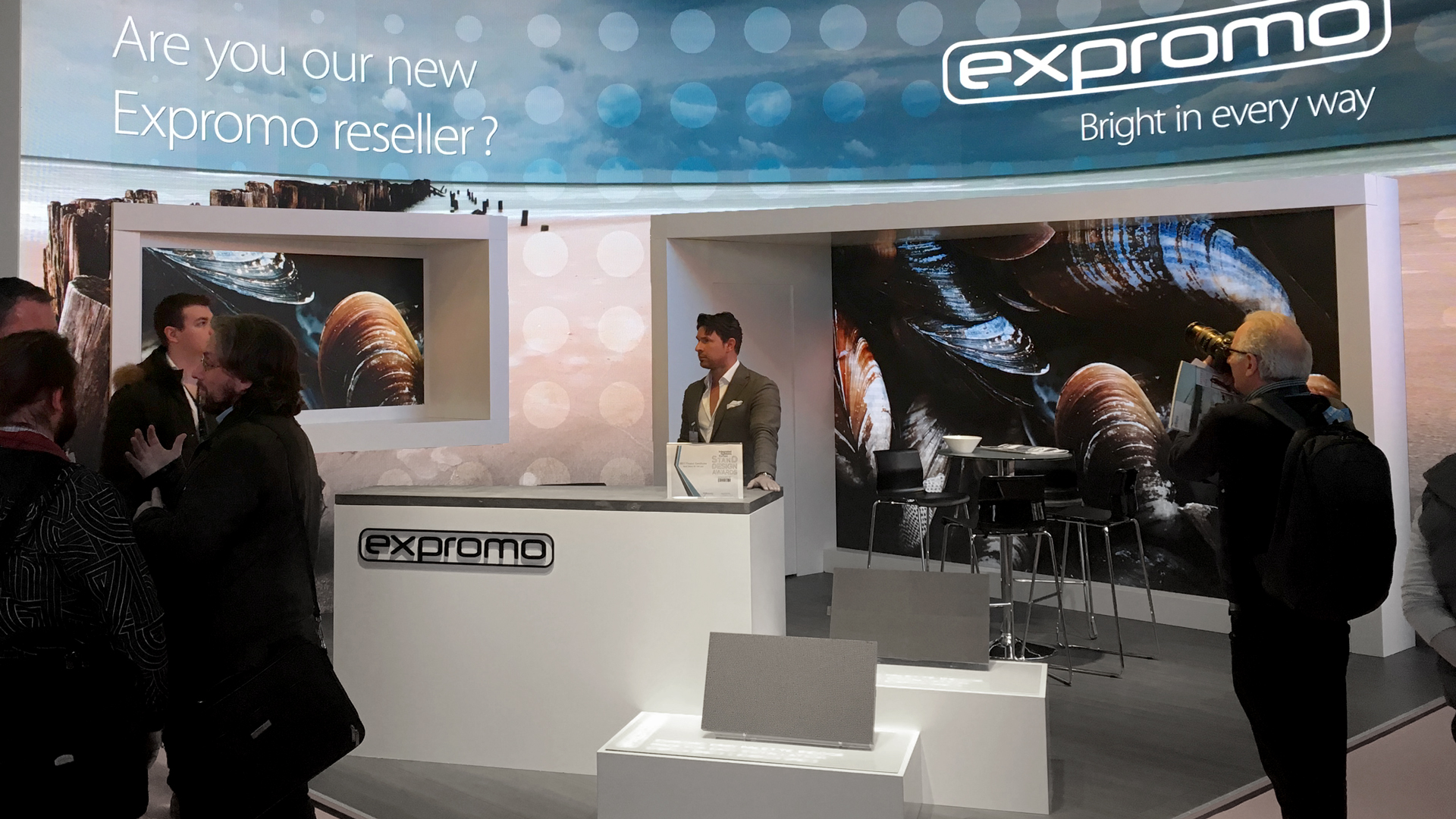 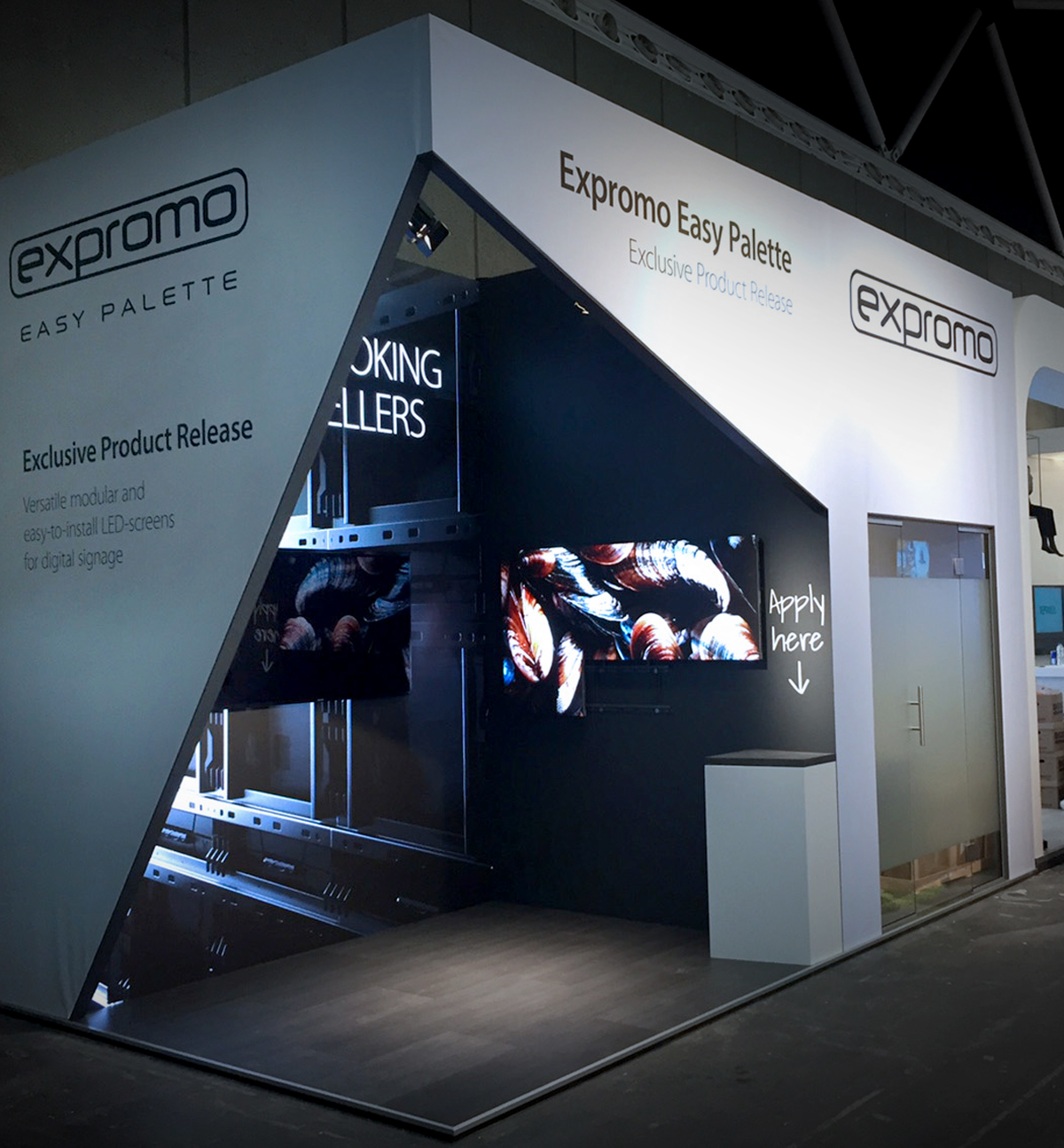 In 2017, Expromo was named ‘Best Exhibition Stand’ in the 40 to 100 m2 category at the Audio-visual industry’s largest European trade fair, the ISE.
The display stand we had designed for Expromo was in two parts: a stand focused on Expromo screens in general and a stand just opposite with asymmetrical lines that introduced the new product: the Expromo Easy Palette.

The division of the stand into two parts made the stand area seem much larger than it actually was, created extra attention and served as a natural area for one-on-one conversations.