Digitalization of EfB’s Stadiums
When the football season 2009 began the players, spectators and sponsors could for the first time experience the total effect of the digitalization
of the Blue Water Arena – the home of the Danish football and icehockey club EfB.

In June 2008 EfB decided that they in connection with the completion and renovation of their stadium wanted to go digital and have both LED perimeters and LED big screens installed. EfB chose ProShop Europe as supplier and installer of the digital solution, which is based on LED modules developed and produced by Expromo.

Blue Water Arena
At EfB’s football stadium, Blue Water Arena, where there is room for 18.000 spectators, we have installed 180 meters of LED perimeter and a 43 m² big screen. This means that EfB in the coming season will be able to offer their spectators a greater visual experience, when they visit Blue Water Arena to support their team. On the big screen the visitors can see a presentation of the players, interviews, close-ups from the game, reruns of goal opportunities and advertisements for coming events.

At the same time the digitalization will enable EfB to offer their sponsors and advertisers unparalleled possibilities for innovative exposure of their messages with the new lively media.

Granly Hockey Arena
The local icehockey club, EIK, is also a part of EfB. EIK has home ground in Esbjerg Ice Skating Arena also known as Granly Hockey Arena. At Granly Hockey Arena there is app. room for 4.200 spectators, which makes it one of the Danish ice skating arenas with the biggest capacity. A m² big screen has given new dimensions to both the Granly Hockey arena and to the experience the many loyal EIK fans get, when they support their team at home matches. The big screen has many applications – one of them is to visually present each player as they enter the ice, which helps create an atmosphere in the arena and support the players’ fighting spirit. The big screen is also used to expose sponsors’ messages and as a score board.

EfB skiltepylon
EfB has also invested in a digital sign with a 6,3 m² active display. The digital sign is placed at the entrance and is used for welcoming the visitors, exposure of the sponsors and advertising coming events. 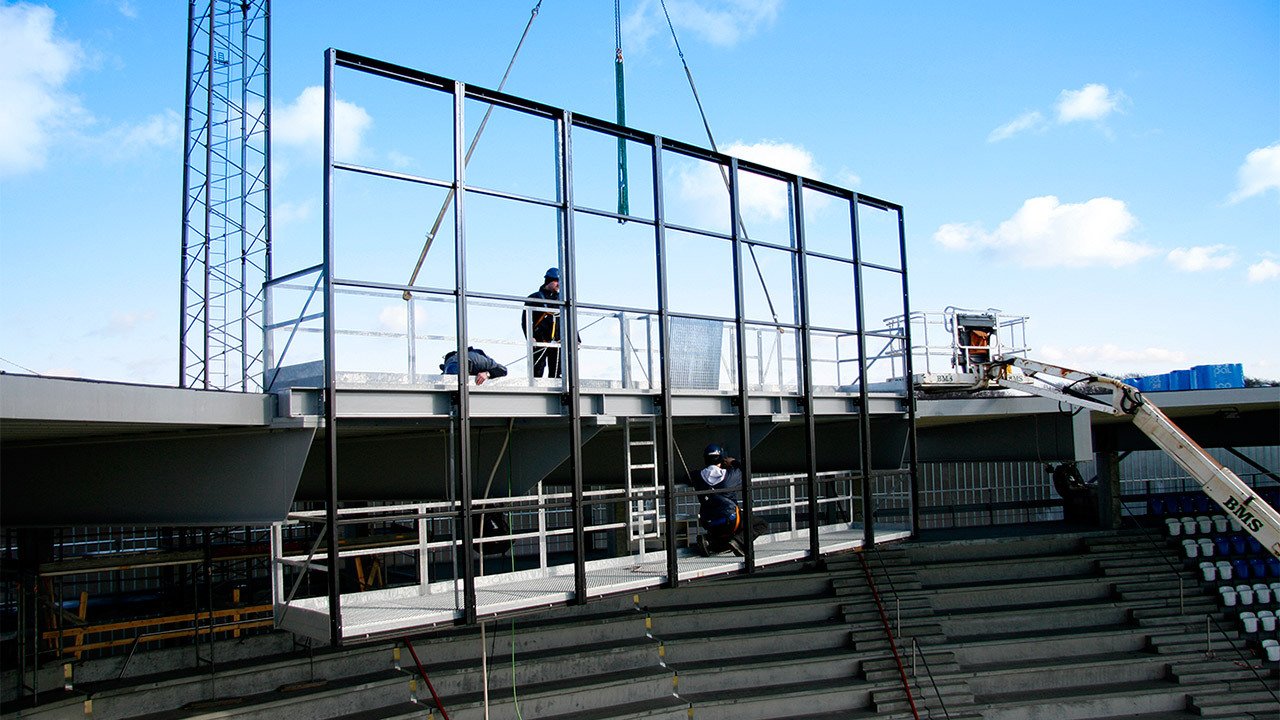 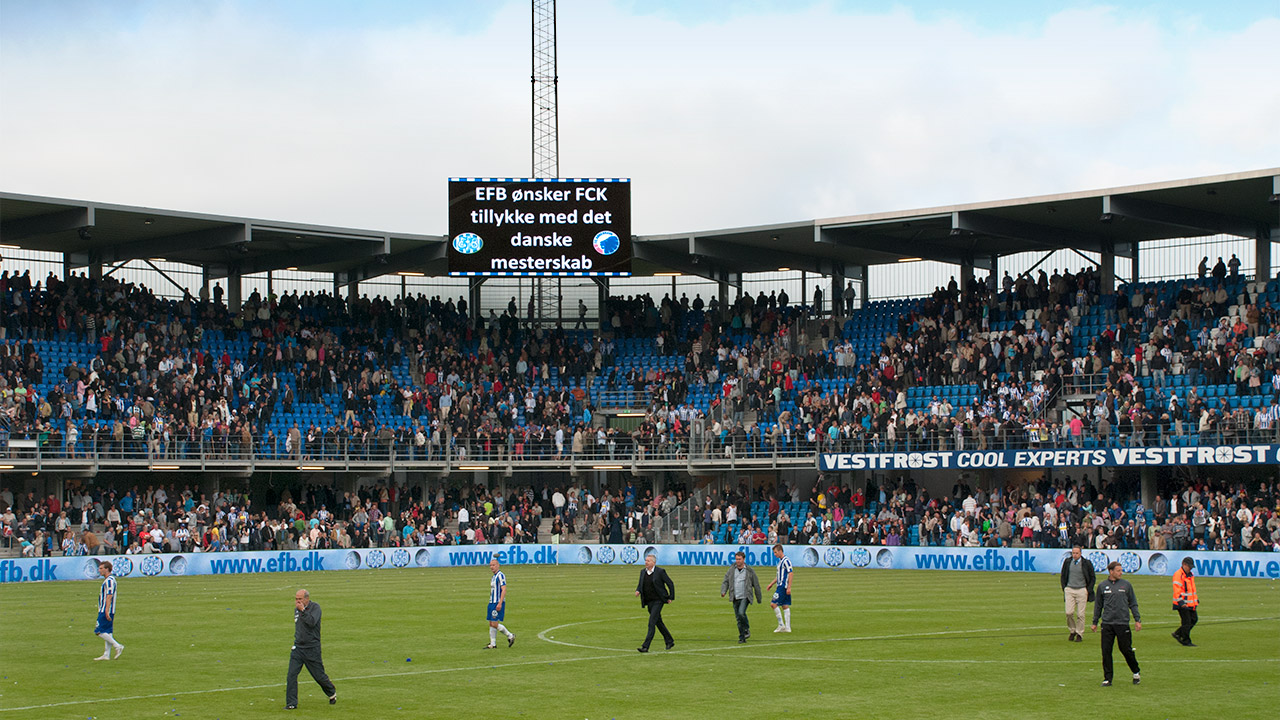 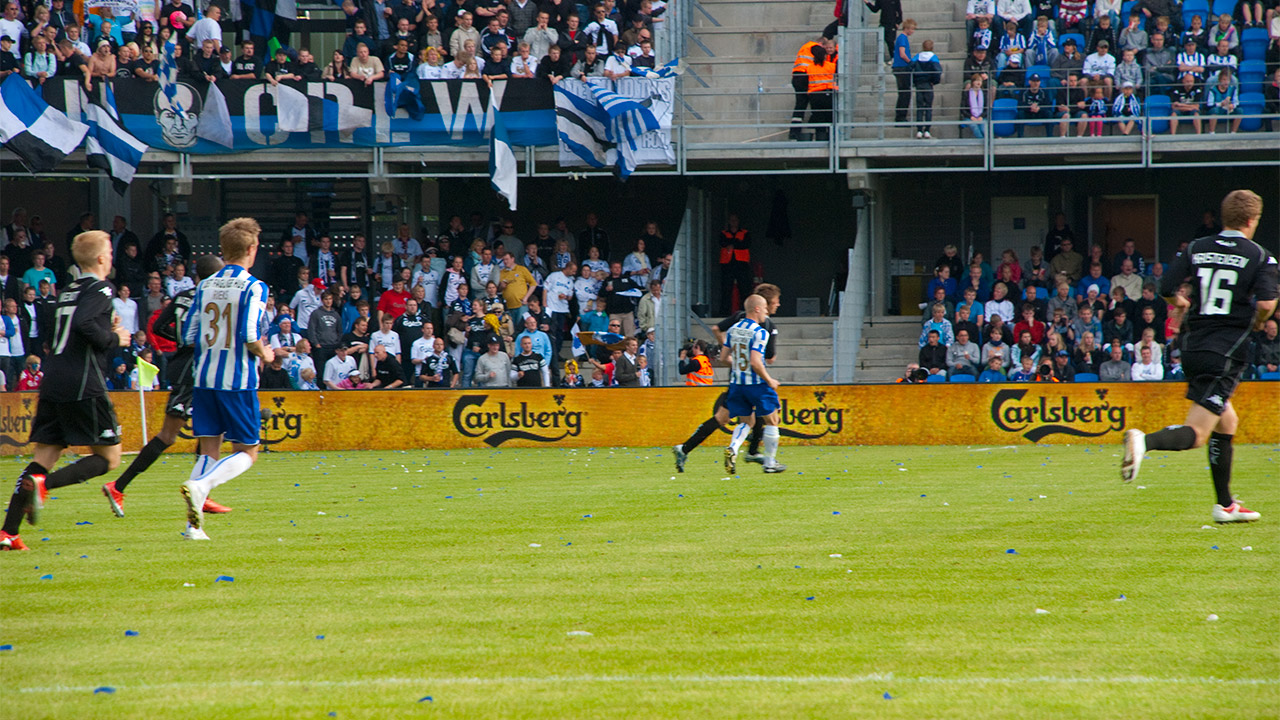